ON THE UNITY OF HUMAN NATURE IN ORTHODOX ANTHROPOLOGY

Gregory of Nyssa is one of the first authors who undertook the task of finalizing the anthropological deed of Basil the Great. In his celebrated homilies, known as Hexameron, he elaborates on the issue about man’s creation, grounding his arguments on the Genesis book and interpreting the meaning and purpose of human life from an orthodox and hermeneutical point of view (Homilies X-XI). Man (Male and Female) was created in
such a way so as to be a worshipper of God’s three hypostases, without “dividing” this worship”. Man was created by God in His image, because man is created with soul, reason, autocracy and free will. Gregory of Nyssa points out that man (man and woman) has the innate quality to be created by God’s image, and the likeness is gained through our free will and choice to become similar to God. The power of this free will is dispersed among the entire humanity so as to come into operation through people in the battle to achieve likeness and subsequently God’s retribution. Interpreting further the biblical excerpt from the Genesis book containing God’s commandment “breed abundantly on the
earth, and be fruitful”, the Cappadocian theologian points out that man’s reproduction is twofold – it is of the body and the of the soul.
St. Gregory also explains why man is a microcosm. He is erect and is distinguished from the irrational living creatures. He differs from them not only in his most perfect bodily organs, but also mainly in that he is not preoccupied only with the “earthly issues” and is focused high above on the heavenly values, where Jesus Christ the Lord is! According to the Greek author C. Yannaras, in the legacy related to the Holy Scripture, man is presented as created according to God’s image, as well as a personal creature, because God is also established as a personal being. He mentions that what comprises God’s divinity is His personal being, the triple nature of His personal hypostases forming the Divine being – the Divine nature or essence – in love, i.e. in non-commitment to any necessity (C. Yannaras 1996, 93). And man was endowed with being a person, a personality, i.e. with existing in this same way. In his analysis and synthesis of the Fathers’ interpretation of the issue about God’s image, C. Yannaras claims that the Fathers’ desire was not to exhaust the content of God’s image in man, but to attain a generalization of the way in which man exists; in his
opinion, God’s image is revealed in the composite human hypostasis. And the human hypostasis is identified neither with the body, nor with the soul. Both the bodily and the psychical functions express, reveal and put the human hypostasis, what man is, in operation. In his desire to manifest the connection of the image with the likeness the same author characterises God’s image in man as a possibility to identify man’s existence with
God’s being as a communion (κοινωνία) in love.

The separation of the body and the soul at the moment of death is “against” nature to such a degree as the very death is, so the eventual and eternal survival of the soul is possible only if the whole person rises from the dead on the day of resurrection. The incarnated Logos with its redeeming death and resurrection like a new Adam gives the possibility to restore the harmony between soul and body so as to achieve the lost “image and likeness”. 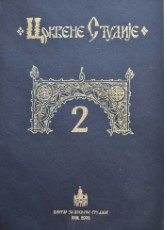